Notes .
(1) The change of watering point from Grovesend Colliery Loop Jn to Pantyffnnon and the apparent associated confusion caused the planned train path to be lost along the Central Wales line and arrival at Llandrindod Wells was thus 60 minutes late. Otherwise time keeping was good and the engines performed very well.
(2) Originally uploaded with the name: 'Heart of Wales Explorer', revised following sight of pre-tour advertising. 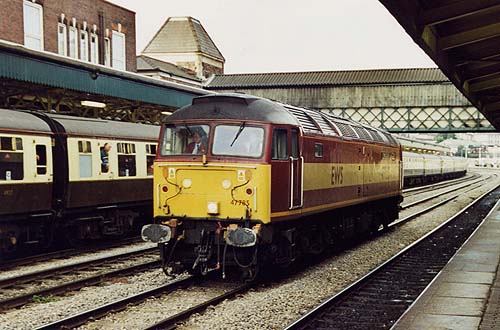 47785 at Newport after coming off the train. 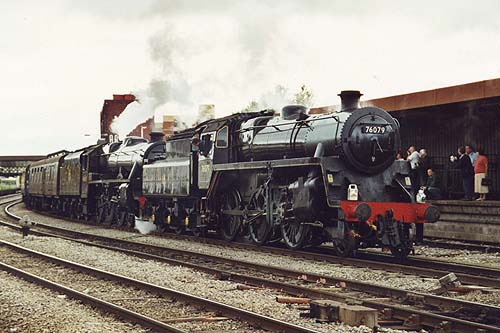