A tour that used no less than eight locomotives. A selection of those employed are shown here. 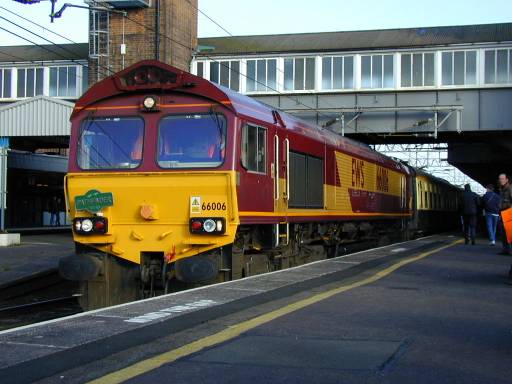 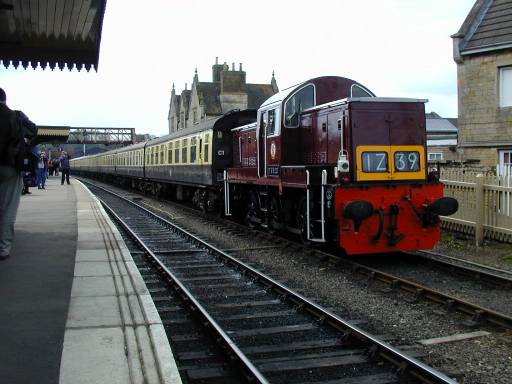 Preserved D9523, one of two class 14's used when the train was on the Nene Valley Railway. 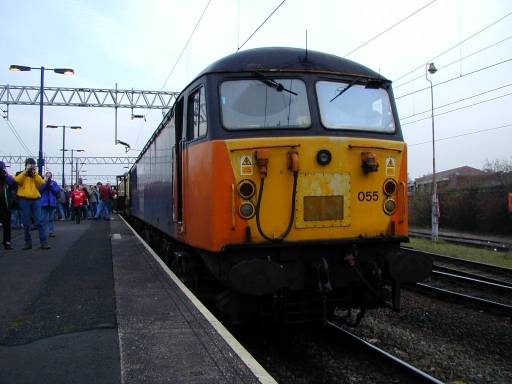 56055 at Nuneaton in the evening, our loco from Orton Mere. 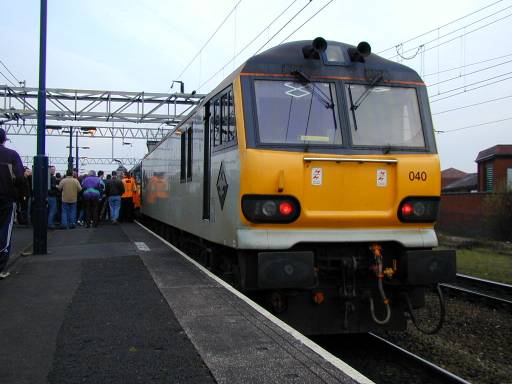 Back to a Page