Past Time Rail
The Royal Duchy

Notes :
(1) Despite Roger Geach's photo below of the steam locos seeming to show only 'load 8', between Mike Tetlow and Malcolm Best it is confirmed the outward diesel-hauled leg was 'load 12' and the steam-hauled leg was 'load 13' (tour stock plus a chocolate/cream BSK or BCK coach, presumably a support coach for the steam locos) and Dave Lodwick also confirms no coaches were dropped off the rake at Penzance. 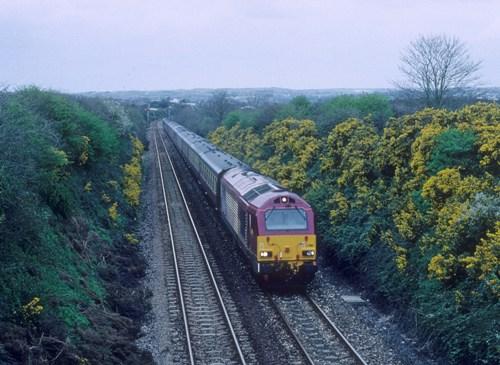 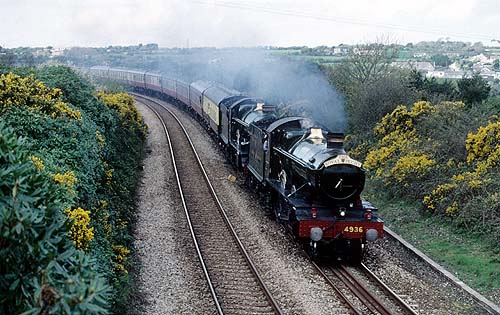