Notes :
(1) Gordon Jakes comments: Problems with watering 35005 at Oxford UDPL caused a loss of path on the outward journey but 35005 made up some time and was less than 20 minutes late at Eastleigh. 35005 was detached at Eastleigh in the outward direction in order to facilitate servicing and turning. Some high speed running was experienced on the return journey north of Oxford but eventually this was to no avail as service trains prevented an early arrival. The commentary provided by Vintage trains quoted that a total of 307 miles was covered behind 35005 involving the consumption of around 8 tons of coal and 18,000 gallons of water! An excellent day out with 35005 at its best.

Source : Gordon Jakes (on the train throughout) 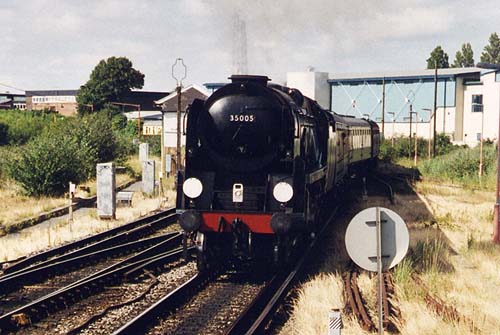 35005 enters Poole station with the train, prior to starting the return journey. 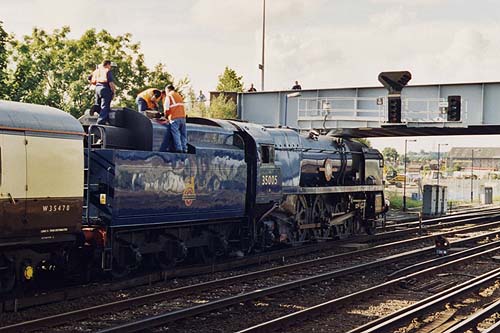 35005 during the watering stop at Eastleigh, en-route homewards.