Notes :
(1) Tour was originally booked into its destination at Cambridge. However, it was realised that the train was too long for the platform there so passengers had to detrain at Ely to join a local service train to Cambridge. The tour continued as Empty Coaching Stock to the Cambridge area.
(2) The tour was delayed by approximately an hour on the return owing to 47733 sustaining a cracked windscreen while on the ECS working between Cambridge and Ely. The loco was turned via the Ely avoiding line before commencing the return journey. 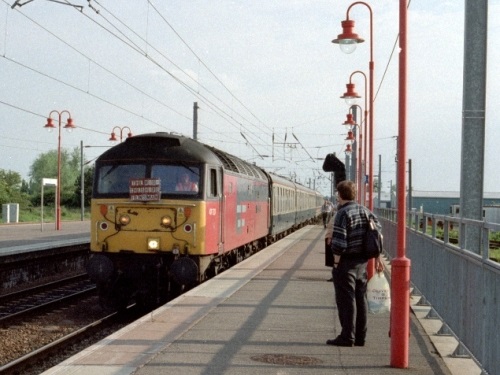 47733 brings the stock into Ely for the return leg (photo: David Miller)

Sources : Andrew Young (on the train throughout) & David Miller