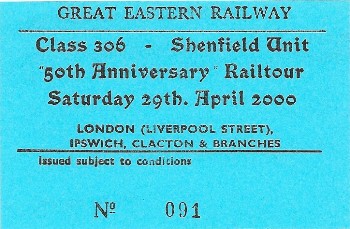 Alan Restell's ticket for the tour.

Timings (Booked Only)
(from Alan Restell)